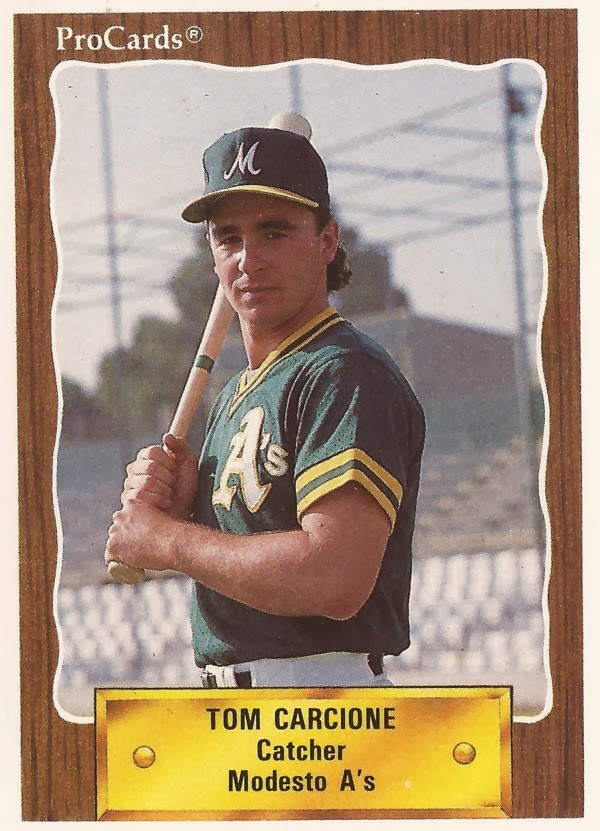 Carcione's career in baseball began in 1988, taken by the Athletics in the 10th round of the draft, out of Texas A&M University.