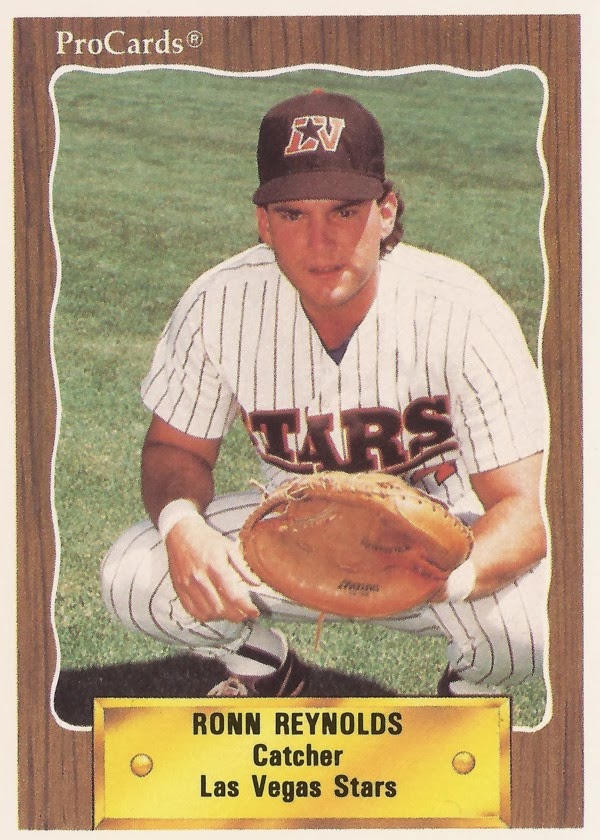 Ronn Reynolds thought he had a good shot at making the Brewers in 1988. The catcher already had parts of five seasons under his belt.

His experience would serve him well in multiple situations, he told The Milwaukee Journal that spring.

"I think my strengths fit in well with this club," Reynolds told The Journal, having signed with the Brewers that off-season. "Probably No. 1 is working with pitchers, especially young pitchers, but also with the veterans. I can work with pitchers and help them get the most out of what's working for them that day."

Reynolds didn't make it back to the majors that year, or the next. But, in 1990, Reynolds got called up one last time, playing eight games for San Diego, ending his major league career.

Reynolds' professional career began a decade earlier, taken by the Mets in the fifth round of the 1980 draft out of the University of Arkansas. At Arkansas, Reynolds participated in the 1979 College World Series in Omaha, getting a bases-loaded double in one game.

With the Mets, Reynolds made AA Jackson in 1981, returning in 1982. That September, he also got his first look at the majors, getting into two games for the Mets, going 0-for-4.

"We just felt he has a better chance to make the big club in Houston than he does here," Phillies president Bill Giles told The Reading Eagle.

Reynolds did make the Astros for 1987, getting into 38 games and hitting .167. After signing with the Brewers for 1988 and not making Milwaukee, an injury in 1989 helped prevent him from making the bigs that year.

In spring training 1989, Reynolds ruptured his Achilles' tendon, according to The Journal. He was still out by July, but hoped he was close to returning.

"The only thing holding me back is the first couple of strides," Reynolds told The Journal. "I can catch, hit, throw, everything. I just can't quite push it when I have to running."

He ended up playing just 10 games at AAA Denver.

For 1990, his final season as a professional, Reynolds signed with the Padres. He got the call back to the majors that June, after Benito Santiago went down and backup Mark Parent assumed the starting role. Reynolds was the new backup.

It was also his first major league time since 1987. He got into eight games.

"It's been a long, long time," Reynolds told The Los Angeles Times, "but hopefully I'll be able to do the job like Mark did in this role."