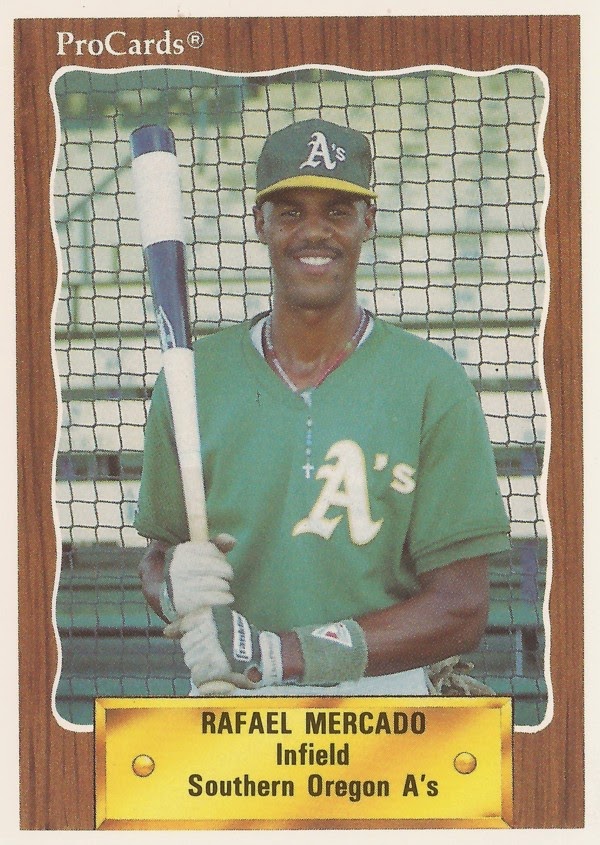 Rafael Mercado got himself on a hot streak for independent Albany-Colonie in 1995.

Over a seven-game stretch, Mercado went 16 for 28, hitting safely in each game. He then capped it with a 4-for-5 performance in an Albany-Colonie win, according to The Schenectady Daily Gazette.

Mercado was in his fifth professional season that year, his first in independent ball. He went on to play as a pro in eight seasons. He never made AA.

Mercado's career began in 1990, signed by the Athletics out of his native Dominican Republic. Signing him, according to his ProCards card, was Juan Marichal.

With the Athletics, Mercado played his first year between the rookie Arizona League and short-season Southern Oregon. He hit .180, with 20 RBI on the year.

He moved to single-A Madison for 1991, hitting .242 there. He knocked in two runs in a May game, helping Madison to a victory. He also made the league All-Star team.

Mercado then returned to the field in 1995 with Albany-Colonie. His average also increased to .316 over 60 games. He knocked a two-run double in an August game. He hit another run-scoring double later that month.