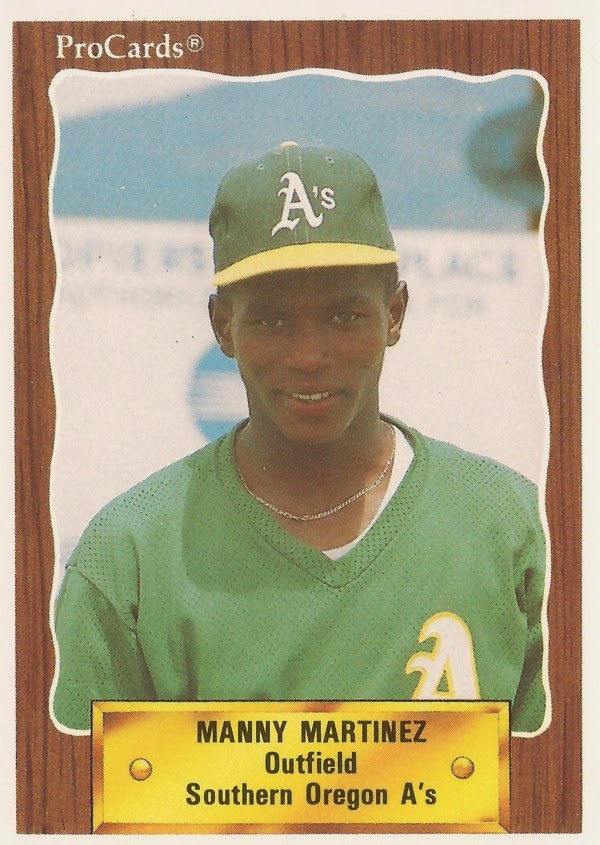 Manny Martinez had a little time in the majors by 1998, so he knew what to expect, he told The Beaver County Times that May.

Still, he was getting another shot at the bigs with the Pirates.

"I've been playing baseball a long time," Martinez told The Times. "I'm not nervous about this. I'm excited but not nervous. I just look at it as an opportunity to show I can play in the big leagues with the Pittsburgh Pirates."

Martinez showed he could play with the Pirates in 73 games that year, then with the Expos for 137 games in 1999. Overall, Martinez saw time in three big league seasons. His pro time lasted nearly two decades, Martinez playing in the minors, Korea and in Mexico before finally ending his career in 2008.

Martinez' career began in 1990 at short-season Southern Oregon. Martinez was originally signed by the Athletics in 1988 out of his native Dominican Republic.

He moved to the Cubs and AAA Iowa for 1995, then AAA clubs for the Mariners and Phillies in 1996. He also debuted in the majors in 1996, first with the Mariners.

In nine games with Seattle, Martinez picked up four hits in 17 at bats. After being taken off waivers by the Phillies, Martinez got into another 13 games, getting eight hits.

He moved to the Pirates system for 1997, debuting in Pittsburgh in 1998. He hit .250 in his first extended big league time. He also hit eight home runs. He hit a three-run home run in a July game, pulling Pittsburgh within a run.

"I just tried to make contact," Martinez told The Washington Observer-Reporter after that July game.

"I hit it pretty good," Martinez told reporters after the May game. "The first one of the year, I was pretty excited. I've been working every day in the cage, trying to hit the ball harder. It worked today in the game."