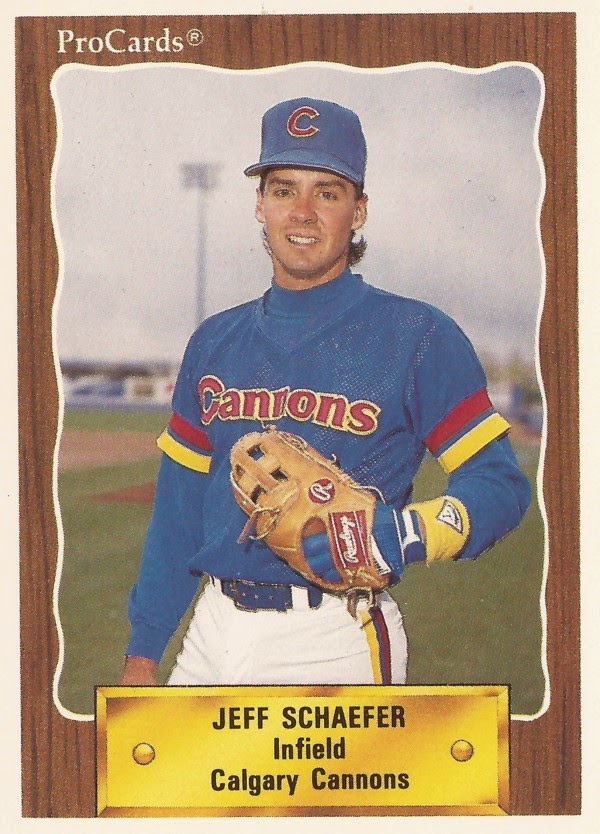 Jeff Schaefer had a career game in this June 1991 contest for the Mariners.

He started off with a single. He later had a double. Then, late in the game, he launched one over the fence for his first major league home run, according to the McClatchy News Service.

"I've been dreaming of that trot for 25 years," Schaefer told McClatchy afterward. "It's a shame there weren't a couple guys on base when it finally came."

Schaefer hit that home run in his third season with time in the majors. He went on to play in five big league seasons, getting into a total of 225 big league games and hitting one other home run.

He did all that after once quitting the game.

Schaefer's career began in 1981, taken by the Orioles in the 12th round of the draft out of the University of Maryland.

With the Orioles, Schaefer started at rookie Bluefield. He made AA Charlotte in 1982, then hit AAA Rochester in 1984. But he didn't make Baltimore.

Schaefer moved to the Angels system and AA Midland for 1986, then the Dodgers and AA San Antonio for 1987. In 1988, he arrived with the White Sox and AAA Vancouver.

It was with the White Sox in 1989 that Schaefer made his major league debut. He made that debut in April, after eight seasons spent in the minors.

He made that debut after quitting the game the previous off-season. But he couldn't keep himself away, according to The Chicago Tribune.

"There was a bat in the living room," Schaefer told The Tribune. "For a month I didn't touch it. But then it started to talk to me: 'C'mon, Jeff. Don`t give up. Just swing me a little.'"

To The Baltimore Sun in May, Schaefer said he realized his major league job was not secure. It could end at any time.

"Cal Ripken's got it," Schaefer told The Sun of big league job security. "Ken Griffey over there's got it, but when you're the 24th or 25th man, somebody could come up to you at any time and say, 'Skipper wants to see you.'"