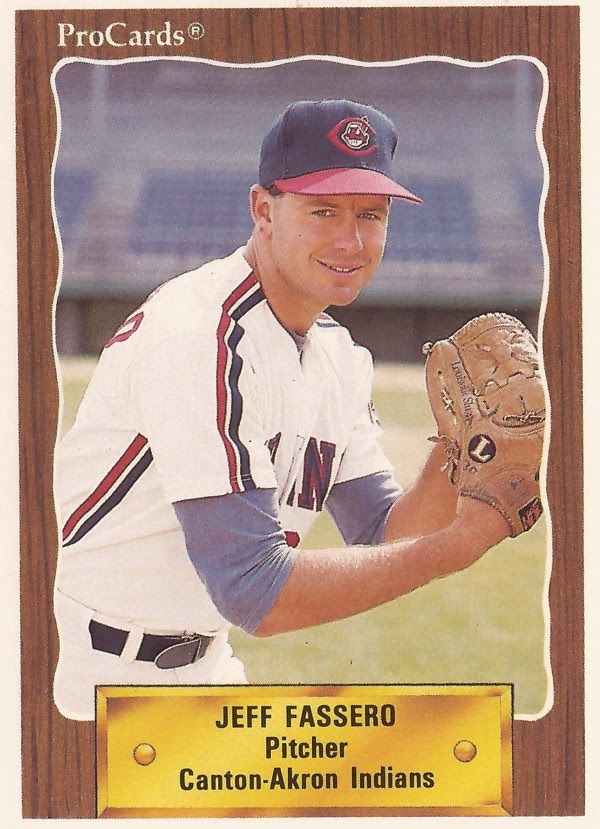 With one out to go and a no-hitter at stake, the ball came right back at Expos hurler Jeff Fassero. It also glanced off his glove for a hit.

While he didn't get the no-hitter, Fassero told The Associated Press afterward he got something else from the outing.

"It was the time of my life," Fassero told The AP. "Any time you work that long without giving up a hit, it's great. That's something I might not ever do again. I've got to live with it."

Fassero ultimately played in 12 more major league seasons, for 16 in all. He served as both a starter and as a reliever. He got into 720 total games, starting 242 of those. He never got as close to a no-hitter again.

Fassero's career began back in 1984, taken by the Cardinals in the 22nd round of the draft out of the University of Mississippi.

He started at rookie Johnson City, made AA Arkansas in 1987, then AAA Louisville in 1989. He signed for 1990 with the Indians, playing at AA Canton-Akron. For 1991, he signed with the Expos.

In May 1991, his eighth professional season, Fassero made Montreal. He also never looked back. In his first season, as as reliever, he got into 51 games and posted a 2.44 ERA. In his second season, he got into 70, with a 2.84 ERA.

He tried his hand at starting in 1993, getting 56 outings, 15 starts. He went 12-5, with a 2.29 ERA. He became a starter mid-season because the Expos simply needed starters. In September, he went eight and struck out a career-high 11 in defeating the Braves, according to The Philadelphia Daily News.

"That was no accident that he had a career high in strikeouts tonight," Expos manager Felipe Alou told The Daily News. "He was pumped up and he threw his best . . . When he got Ron Gant out I knew it was going to be a special night because Gant is hot, and because he likes lefties."

Fassero continued as a major league starter for the next seven seasons. From 1995 to 1998, Fassero started at least 30 games each season. He also won at least 13 games in four of those seasons.

In August, he helped preserve a Cubs win by working an inning while giving up one hit and setting the other three batters down on strikes, according to The Chicago Tribune.

"The biggest thing was getting ahead of the hitters," Fassero told The Tribune. "That enabled me to throw all three of my pitches: slider, fastball, forkball."

Fassero continued pitching, largely as a reliever, into 2006. He finished out his career with the Cardinals, Rockies, Diamondbacks and the Giants. He threw his last major league pitch at the age of 43.