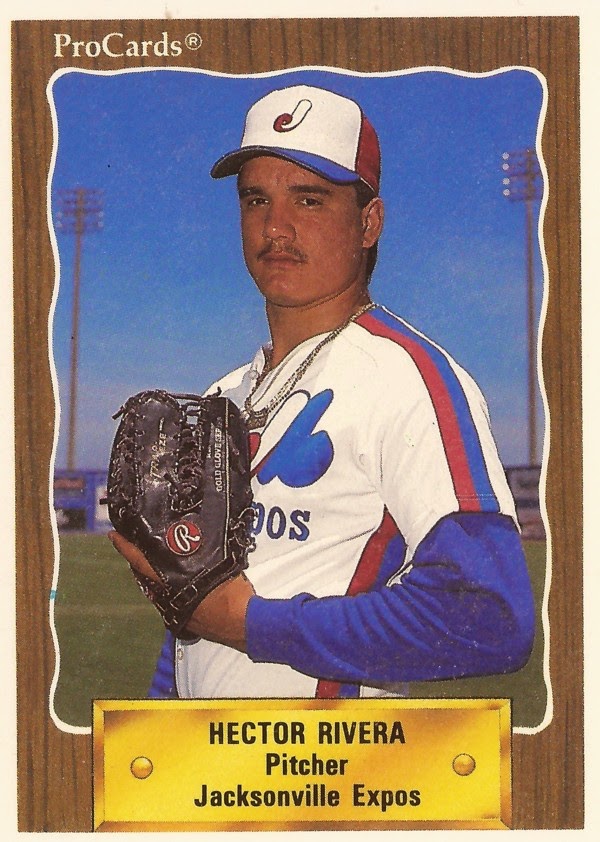 He also won Florida State League Player of the Week honors that month, throwing a complete game. Soon, Rivera found himself moved up to AA Jacksonville, but he couldn't keep up the pace.

Slowed by injuries, Rivera's career would end a season later, without Rivera making the majors.

A native of Mexico, Rivera joined the Expos system in 1987, signed as a free agent. He played that season at the Gulf Coast League Expos, going 5-8 with a 2.70 ERA.

He wasn't credited with playing in 1988, but returned for 1989, The Sun Sentinel in April 1989 citing previous arm problems. Rivera pitched that year for single-A West Palm Beach. On the season, he went 7-3 with a stellar ERA of 1.83.

Rivera started off the year with an 11-strike-out effort against Oceola, but he was also credited with the loss.

Moved up to AA Jacksonville, Rivera got five starts, posting a non-stellar 5.33 ERA. He was one of several West Palm Beach Expos to get moved up.

"We always kept a pretty decent team here, but we started the season with a great club," West Palm Beach Manager Felipe Alou told The Sun-Sentinel at year's end.

He returned to Jacksonville for 1990, getting 18 starts. He went 6-6 with a 3.60 ERA. In early June, he went 5.1 innings, giving up one run and four hits and got the win. Soon after, he went on the disabled list with a shoulder injury, The Orlando Sentinel wrote. He came back in early July on a pitch count and pitched five innings, part of a combined three-hitter.