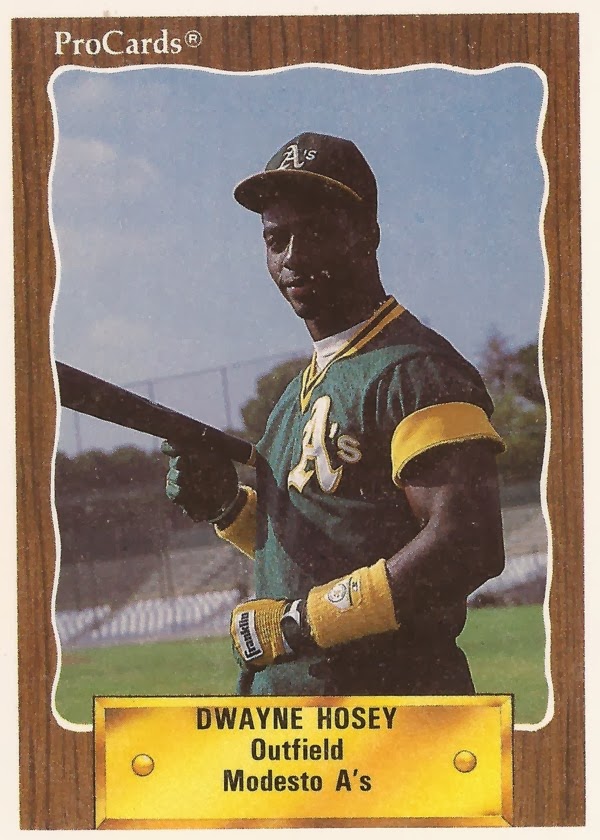 It took Dwayne Hosey a while to make the majors, nine seasons. When he got there, he tried to explain to The Hartford Courant what that meant for him.

"When you're in the minors, you're always looking at the box scores,'' Hosey told The Courant in September 1995. "You want to know how everyone is doing. I knew the Red Sox have given guys, who other teams have given up on like Tim Wakefield and Troy O'Leary, chances to produce. That's all I've ever wanted."

Given that chance, Hosey turned in a batting average of .338. He also hit three home runs. Hosey got into one more big league season and two in Japan.

Hosey stayed with the White Sox for two seasons, playing his second season at single-A South Bend. He moved to the Athletics system for 1989, making AA Huntsville in 1991.

For 1992, Hosey moved to the Padres system and AA Wichita. He returned there for 1993. In July 1993, Hosey told The Lawrence Journal-World then he believed he was getting close to the majors..

"I think positive," Hosey told The Journal-World, "and only want to make the big leagues."

Hosey moved to the Royals system and AAA Omaha for 1994 and 1995. Then, in August 1995, the Red Sox selected Hosey off waivers. The Red Sox also brought him to Boston. In those 24 games, Hosey stole six bases and hit eight doubles.

Going into spring 1996, Hosey was in a position to become a major league regular.

"It's nice to know they have faith in me," Hosey told The Courant. "After all these years, this is what I've worked for."

Hosey played two more seasons in the minors, with the Expos and Angels systems. He then last played in 2002, with independent Bridgeport.