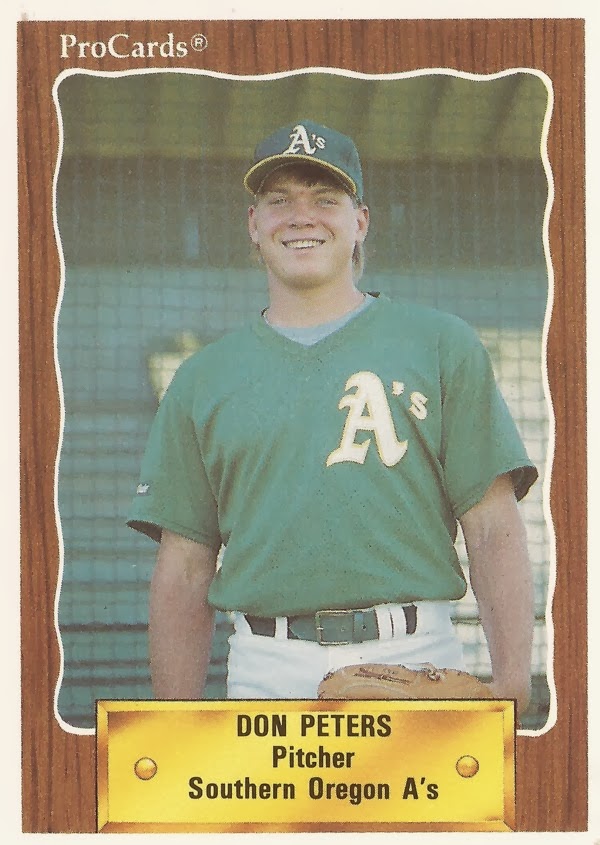 Don Peters was just glad to go in the first round, he told The Chicago Tribune in June 1990. He didn't care who took him.

"Detroit, Montreal and the Cubs were talking to me a lot, and I thought one of those teams would draft me," Peters told The Tribune after being taken. "Oakland only sent me a questionnaire. But I'm not complaining."

The Athletics took Peters hoping he'd be a future rotation regular, along with other pitchers taken by the club that year. Peters never made the Athletics rotation or any other major league rotation. Arm problems helped prevent him from getting there.

Peters was taken by the Athletics out of the University of St. Francis in Illinois.

He caught the eye of scouts with his curve ball, according to The Tribune. By mid-May in 1990, Peters was 7-5, with a 2.90 ERA and 11 complete games. St. Francis pitching coach Joe Heinsen praised his hurler.

"He's got the stuff to make it in professional baseball," Heinsen told The Tribune. "After that, there's no limit to how far Don can go, barring injury."

Peters started with the Athletics at short-season Southern Oregon. He got into 11 games, seven starts. In 35.2 innings, he gave up just three earned runs. He threw two perfect relief innings in an August game.

His performance that first year got him an invite to spring training 1991. Coming out of spring training, Peters was assigned to AA Huntsville. He had a rough year. He went 4-11, with a 5.00 ERA.

He then missed 1996 and came back in 1997 with independent South Bend and High Desert. He had a 1.62 ERA at High Desert, with seven saves. One of his saves came in an August game.