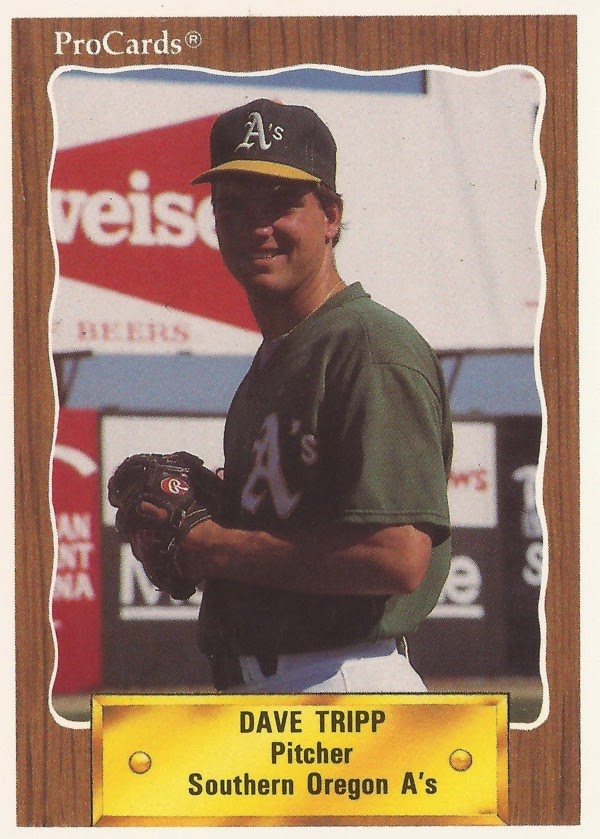 Dave Tripp had a good lead on this day in May 1990. He just wanted to get past a rocky start to hold it, the Clemson Tiger told The Spartanburg Herald-Journal afterward.

"In the beginning, I was trying to overthrow the ball," Tripp told The Herald-Journal. "After that I stopped thinking about how hard to throw it and concentrated on where to throw it, and changing speeds."

Tripp's team eventually went on to win that ACC tournament game going away, 13-3. Tripp went on the next month to turn pro. His pro career, though, wasn't as successful as his college one. Tripp's pro career lasted a single season.

In May 1988, Tripp participated in a record 19-inning NCAA playoff game, recording the victory.

Out of Clemson, the Athletics selected Tripp in the 25th round of the June 1990 draft.

With the Athletics, Tripp played at short-season Southern Oregon. He got into 16 games, all in relief. In 40 innings, he gave up 19 earned, for an ERA of 4.28.

He also picked up three wins. One of those wins came in a game where everyone seemed to be watching another Southern Oregon pitcher, top pick Todd Van Poppel. With the starter Van Poppel on a pitching limit, it was Tripp who came in in relief and picked up the win.