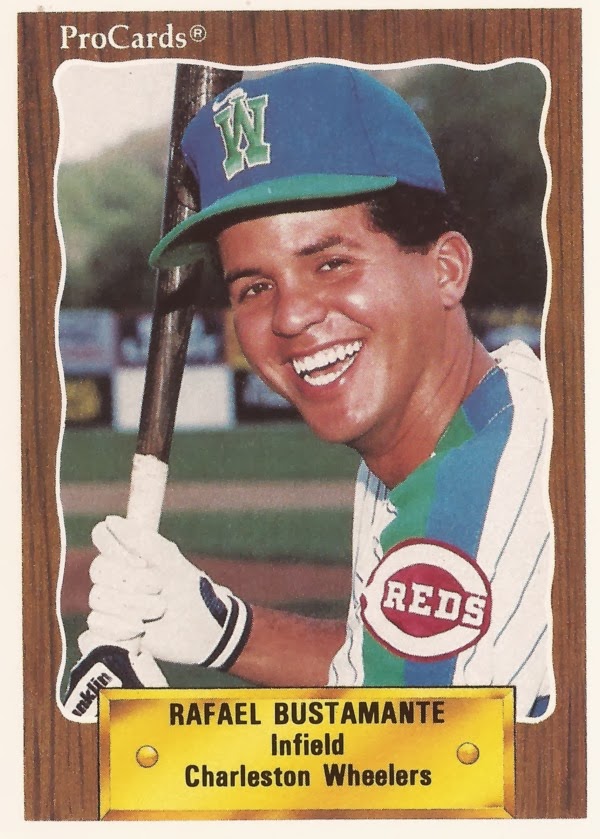 The Charleston Wheelers rallied for four seventh-inning runs in this April 1990 contest. It was a rally that started off the bat of Rafael Bustamante, according to The Sumter Item.

Bustamante started it with a double into the gap in right. With that foundation, the Wheelers turned a one-run deficit into a three-run win.

Bustamante was in his third season as a pro that year with Charleston. He went on to get just one more. He never made AA.

Bustamante's career began in 1987, signed by the Phillies as a free agent out of his native Venezuela.

Bustamante's season at Clearwater was his last with the Phillies. He isn't recorded as playing in 1989. Then, for 1990, he signed with the Reds.

With the Reds, Bustamante played that year at single-A Charleston. Over 89 games, he hit .255. He helped extend another April lead, scoring on a double.