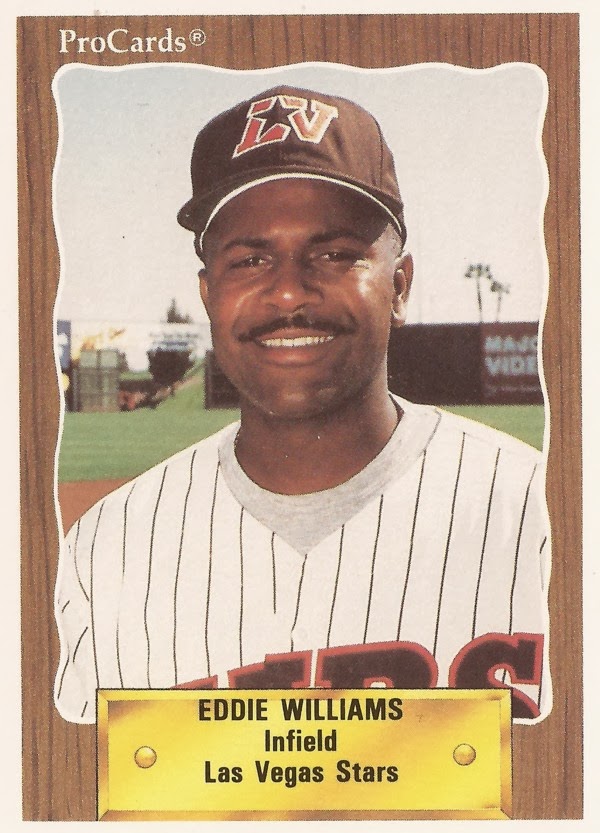 Eddie Williams had his share of trials and tribulations over his career, he told The Beaver County Times in 1997.

The former first-round pick was in his ninth season with time in the bigs that year. He had also played in Japan and Mexico.

"I've been around the world and I've played just about everywhere," Williams told The Times that August. "But you know what? I wouldn't change a thing. It's been tough at times, but it's also been interesting."

Williams started off with the expectations that came with being the fourth-overall pick in the draft. The Mets selected him there in 1983 out of Herbert Hoover High School in San Diego.

Williams started off at short-season Little Falls, moving to single-A Columbia to start 1984. In June, he was traded to the Reds. After playing at single-A Cedar Rapids in 1985, Williams was taken by the Indians in the rule 5 draft.

After never playing higher than single-A, Williams made his major league debut in April 1986. He got into five games for the Indians that year, 22 the next and 10 in 1988.

For 1989, he was traded to the White Sox. He also hoped for a starting job.

"I"m ready to get my chance," Williams told The Chicago Tribune. "I've never really gotten this kind of opportunity before. I plan to make the most of it."

He ended up getting into 66 games, hitting .274. Then it was off to another organization for 1990, his hometown Padres. He signed with San Diego as a free agent, but he returned to limited playing time. He got into just 14 games that year in the majors.

In March 1990, Williams expressed frustration to The Los Angeles Times with the direction of his career.

"Once you get a label in baseball," Williams told The LA Times, "it sticks with you forever. I know I'm a big league player. Nobody can tell me anything different."

That July, Williams hit a grand slam, the first of his career. The home run helped the Padres beat the Phillies.

"I believe that when you get an opportunity just to play, anything can happen," Williams told The Reading Eagle after that slam. "I've always believed that I can do what I'm doing."

He didn't get his last playing time in the majors until 1998, 17 final games with the Padres. His final professional time didn't come until 2002, Williams rounding out his career with more stops in the minors, Mexico, Korea and independent ball.

In 1997, with Pittsburgh, Willams hit a home run to help the Pirates to a win.

"I've kicked around a lot of towns," Williams told The AP after that. "But as long as I can walk and swing a bat, I'm playing. I've got a family to feed."