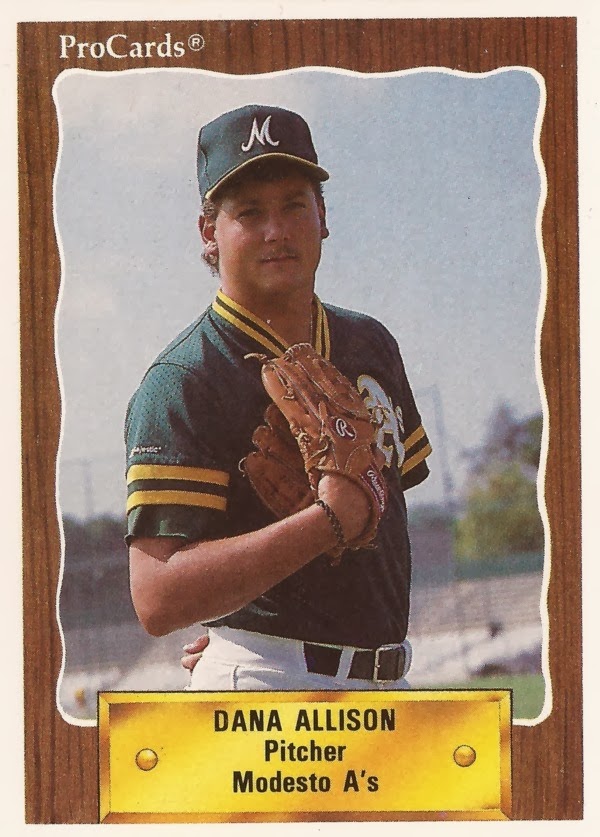 Dana Allison's hometown paper couldn't reach him about the big news, but Allison reached his parents.

The big news was that Allison had made the Athletics out of spring training: The reliever had made the major leagues.

"I don't think we even realize the enormity of the situation yet," Allison's mother Nina told The Winchester Star early that April. "It's really something."

Allison made the Athletics to start just his third season as a pro. His major league career, though, would be brief. The 11 relief outings he saw that year marked the extent of his big league time.

Allison's career began in 1989, taken by the Athletics in the 21st round of the draft, out of James Madison University.

The left-hander played his first year between short-season Southern Oregon and single-A Madison. Over 24 games, two starts, he posted an ERA of just 1.52. He also saved five games. In the playoffs, he struck out six-straight in one game, picking up the win.

He moved to high-A Modesto for 1990, but played the majority of the season at AA Huntsville. Allison even got two games at AAA Tacoma. Between those three levels, Allison got 47 outings, with an ERA of 2.33.

For 1991, he came out of the gate in the majors. He debuted April 12, facing two batters. He got one to fly out and walk the other. He picked up a relief win in his second outing, going one perfect inning.

Allison's first loss in relief came April 21. He got hit around, recording just two outs while giving up five earned.

"Things like this can happen all the time," Allison told The Associated Press after that game. "It was a matter of me not getting the ball down."