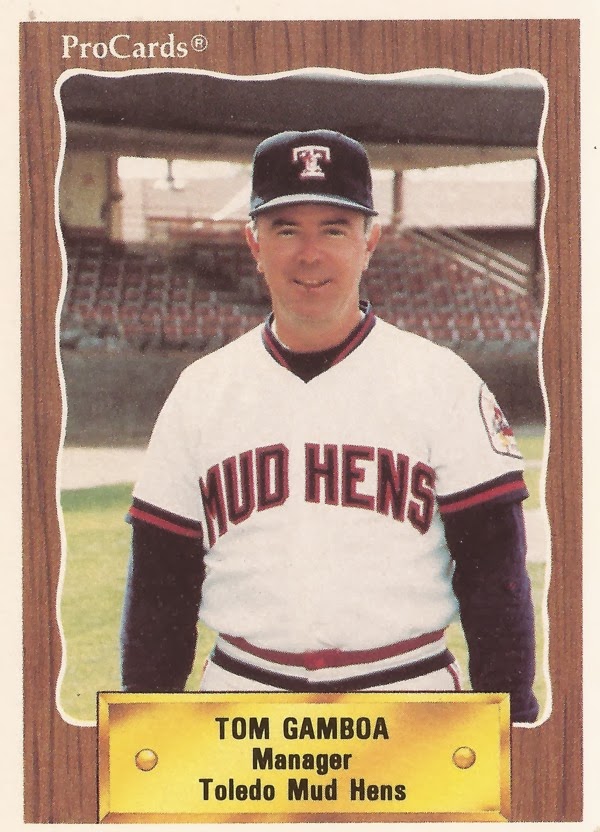 Tom Gamboa had been a manager before. And, for 1989, he wanted to be one again.

He had hoped to manage at AAA Toledo that year, moving on from his job then as Tigers minor league field coordinator. But Toledo would have to wait.

"The job I have here is a good one but it's not for me," Gamboa told Tribune Media Services in February 1989. "I'm too competitive. I want to be on the field. I'm 40 and I have to do what makes me the most happy."

By 2002, Gamboa, with the Royals as first base coach, was on the field again, knocked there by a crazed father and son in Chicago.

Gamboa's career in baseball is now four decades old, having started back in 1971 with a brief playing career in the Canadian League. He turned scout by 1973, signing players for the Orioles.

Through the first two decades of his career, Gamboa moved from scout to instructor to the manger's office.

He moved to the Brewers by 1978, serving as minor league hitting instructor and scout. He got his first managerial job in 1979, with rookie league Butte. He wouldn't get back to the manager's office until 1983, at Paintsville.

Gamboa arrived as manager with Toledo as an early-season replacement in 1990. In one early June game that year, Gamboa watched his team give away half a double header and come back to win the second half.

"It's great the way this team battles back," Gamboa told The Toledo Blade. "We always seem to come up a buck short."

He made the majors as a coach with the Cubs in 1998, at third base. In May, he watched Mark Grace run through a stop sign, scoring the winning run. Gamboa joined the Royals in 2001 as a bench coach.

In 2002, he moved to first base coach. That September, a father and son ran onto the field at Comiskey Park and assaulted him.

"I felt like a football team had hit me from behind. Next thing I knew, I'm on the ground trying to defend myself," Gamboa told The Associated Press of the assault. "It just happened so fast."

Gamboa suffered cuts and a bruised cheek. He also suffered some hearing loss.

Gamboa stayed with the Royals through 2003. He's held various positions since, including managing Arkansas in 2005 and Inland Empire in 2011.

In 2010, Gamboa managed a collegiate team in California, speaking about his four-decade career and his philosophy on the game to MLB.com.

"As someone who has spent most of my life in baseball," Gamboa told MLB.com, "I follow one rule and it's a rule that also should be followed by everyone involved - respect the game."