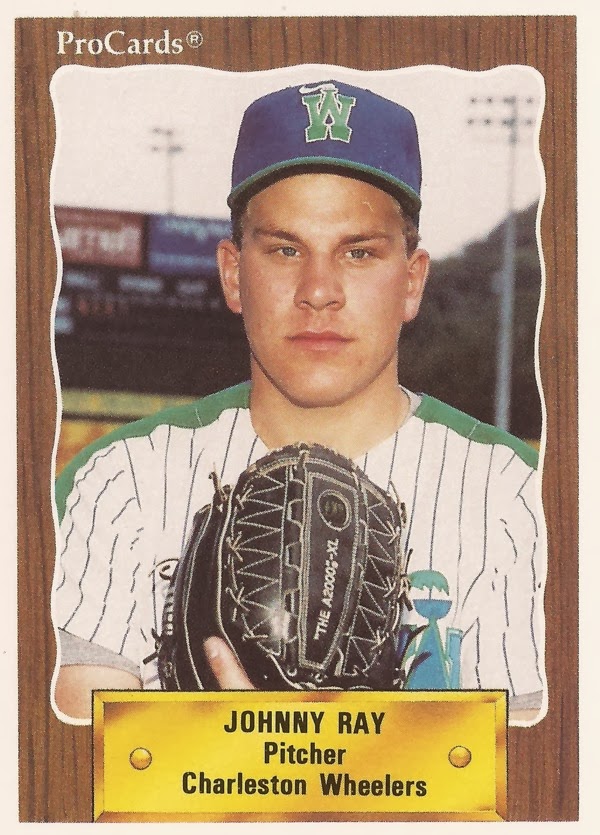 Speaking to a group of high school players at a pitching camp in 2010, Johnny Ray asked the young players what the best pitch in the game is, according to The Memphis Commercial Appeal.

"No, strike one is the best pitch in baseball," Ray told them, according to The Commercial Appeal. "Get ahead (in the count) and make them work for it."

Ray spoke then as head baseball coach at Marshall Academy, near Memphis, in Mississippi. He also spoke with the experience of five seasons spent in the Cincinnati Reds organization. That experience saw Ray make AA, but not make it higher.

Ray's career in baseball began in 1989, signed by the Reds as an undrafted free agent out of Delta State University.

He picked up one of his wins in a July game, but shoulder surgery made that his final season as a pro.

Ray went on to be assistant coach at Southwest Tennessee Community College in Memphis, becoming head coach there in 2004, according to The Desoto Times. He also earned his state coaches association's JUCO Coach of the Year honors. He became head coach at Marshall Academy in 2008,  staying there through 2010.