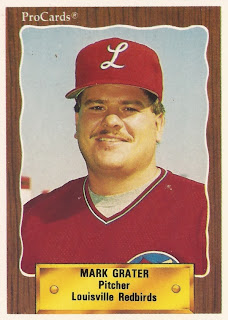 Sent back down to the minors in May 1993, Mark Grater didn't feel like he had the chance to really show what he had. In six outings for the Tigers, totaling five innings, Grater had given up three earned runs on six hits.

"I really love it," Grater told The Times after a year as a coach at short-season New Jersey. "There hasn't been a day that's gone by that I haven't shown up to the ballpark with a smile on my face. I thought coaching would be something I'd enjoy but it's even better than I thought."