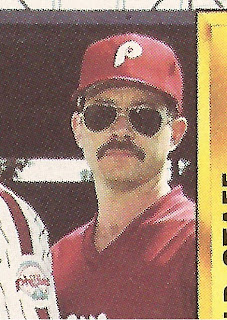 The Batavia Clippers had played 39 games by late-July 1990 and outfielder Tom Nuneviller had started in all but one of them, The Philadelphia Daily News wrote.

It was enough for Batavia Trainer Rich Walker to comment to The Daily News about how much easier players like Nuneviller make his job.

"I wish we had 20 players like him," Walker told The Daily News of Nuneviller. "No fuss, no bother. He just puts the uniform on and plays. He lets his play do his talking for him."

Walker was serving as trainer that year for the Phillies' short-season team in Batavia. He had also served as trainer for the team two years earlier.

In 1988, Walker was photographed by The Finger Lakes Times tending to Clipper Joe Tenhunfeld after Tenhunfeld got hit by a pitch early in one game. Tenhunfeld ultimately left that game, but played for two more seasons.

From there, though, the Walker record is silent. Searches for what happened to the Bavatia trainer after 1990 and his praise of Nuneviller were unsuccessful.

The searches included for Walker's name with the organization's name and multiple other teams in the Phillies system. The back of his ProCards card only lists his name and his job, with that of the three other members of the Clippers field staff. 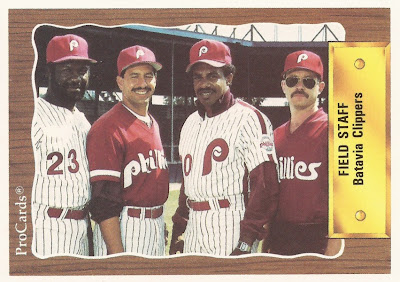