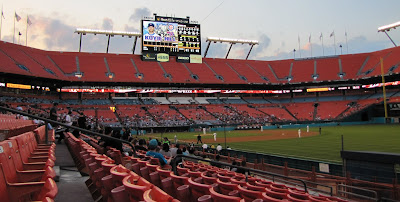 The former Pro Player Stadium in 2011, home of the Florida Marlins. John Toale returned to the field in 1993 in hopes that the expansion team might sometime make room for him here. 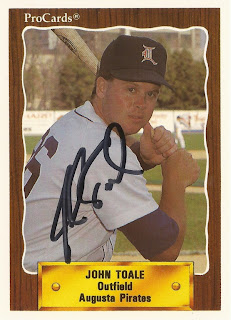 The phone rang. But it was a wonder John Toale could hear it.

At Florida State, finishing the college degree he'd promised his parents he'd get after nine seasons as a pro ball player, Toale was taking part in another part of college life: a monster keg party at the apartment he shared with his roommates.

On the other end of the line, Toale recalled recently, was John Boles, VP of player development for the new Florida Marlins. The Marlins were putting together a minor league team for 1993, was Toale interested?

The catch: The team was in the high-A California League. But, Toale recalled to The Greatest 21 Days, Boles assured him the team would really be the AA team the Marlins didn't have yet. And, if he did well, Toale could get his first look at AAA, a look he'd never gotten.

Maybe it was the beer from the keg party talking, but Toale accepted.

"The next morning, I had a three week crash course to try and drop some weight and get in shape," Toale recalled.

Toale arrived at spring training 1993 to resume his playing career and, like Boles said, he was placed on the high-A High Desert team. He hadn't seen single-A since 1988, but Toale immersed himself in playing again. High Desert could have been his chance.

"I really dedicated myself to working hard and playing hard," Toale said, "because it was an expansion team and, hey, something could break here."

It was obvious, though, from the start that the 28-year-old Toale didn't fit in high-A. He got off to a hot start, amassing nearly 20 home runs by mid-year and maybe 85 RBIs. He also made the league All Star team. 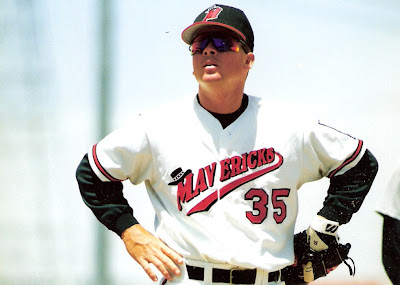 John Toale returned to the field in 1993 after spending a year completing his studies. He played for the high-A High Desert Mavericks in 1993. (Photo provided)
With the end of the first half came the expectations of Toale and other hot teammates of a promotion to AAA. Then the demoralizing realization came, no one was getting promoted. "You kind of have to ask yourself 'what do I need to do?'" Toale said.

Still, Toale finished out the year with 28 home runs, 125 RBIs and a .286 average. That off-season, Toale recalled speaking with Boles again, about 1994. Toale recalled Boles thanking him for his help, but said they weren't interested in bringing him back.

It was beyond frustrating.

It was also another example of Toale doing well one season, and not getting invited back the next.

Toale likened it to dating, where the girl puts pressure on a guy to get married, and the guy sometimes leaves.

In the minors, Toale said, sometimes when a player puts pressure on an organization through his play to do something with him, the organization sometimes breaks the player off and they move on.

Toale did get an invite to spring training 1994, with the Expos. He went, but found himself in a sea of first basemen looking for a job. When the spring was out, Toale was offered a spot at AA Harrisburg. Toale wasn't interested.

He was close to 30 years old. He hadn't made the majors in a decade of trying. Even if he did somehow make it there, it wasn't going to meet his long-term needs. He needed some stability.

With that Florida State degree in his back pocket, Toale decided to move on, starting his career in medical sales.

Even though he started his new career, teams kept calling into 1994, Toale said. He always turned them down. He did accept one call that next winter, for replacement ball.

He could have signed with the Marlins or the Tigers. He chose the Tigers with the prospect of playing at Tiger Stadium if the strike wasn't settled. There was also the $25,000 bonus players would get for being on the opening day roster. The strike was settled. Tiger players didn't get their bonuses, Marlins players did. 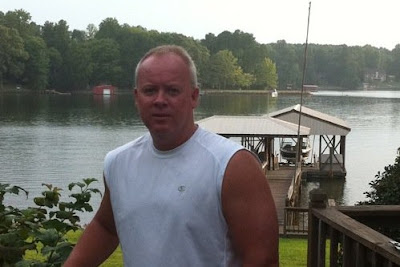 After that, Toale was finally done.

"One thing I've learned now that I'm older," Toale said, "is between the age of 30 and the age of 70 is a long time. And you've got to figure out what the heck you can do to make a sustainable income and survive in this world, which all goes back to education being No. 1. And I'm glad I got it."

That was through the promise to his parents, and heading to school every fall, as soon as the baseball season was done.

Toale now works in medical sales, calling on orthopedic sports medicine surgeons in the state of Florida. He hasn't picked up a baseball or bat in years, though he does follow some on television.

Looking back, Toale said he almost wishes he would have taken Florida State up on their scholarship offer to play baseball there, instead of taking the Red Sox up on their offer.

That's what he would recommend to anyone today, get at least three years of college in before turning pro. Players then are more prepared and more mature to enter the minors, than they are just out of high school.

"I think my first couple years didn't do me any favors and I had a very tough time recovering from it," Toale said. "I spent the rest of my career trying to recover from a poor start."