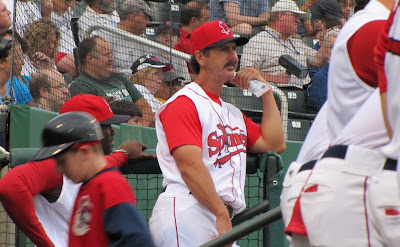 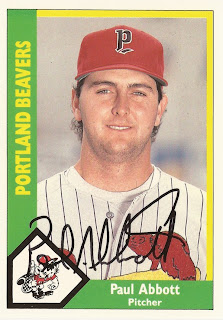 The Mariners were playing Baltimore in Seattle. Paul Abbott was on the mound.

He had once worked to keep his childhood dream alive, and get back to the majors. Now, he was there, throwing the ball around on, what he recalled was one of the most beautiful days there could be.

"I threw the ball around," Abbott recalled recently to The Greatest 21 Days, "and I just looked at the grass for minute, and just absorbed it for a moment.

"I looked at the grass and it was the same color that it was when I was 12 in Little League, and here I am in a major league stadium in front of 40,000 people."

By then, Abbott was firmly entrenched in the second half of his major league career. In between the halves, Abbott spent four solid years back in the minors. He returned, though, to get time in parts of seven more major league seasons, including a season in 2001 where he went 17-5.

Abbott spoke to The Greatest 21 Days recently before a Lowell Spinners game in Massachusetts. Abbott is serving as Lowell's pitching coach for 2011.

That Abbott returned to the majors was no surprise to him. He attributed his time away from the majors to a series of injuries.

Asked if he had doubts that he would return, Abbott succinctly responded "No."

"I had confidence in my own ability," Abbott said. "There was a lot of guys in big leagues make a lot of money that I thought I was as good as, if not better. That really kept me going." 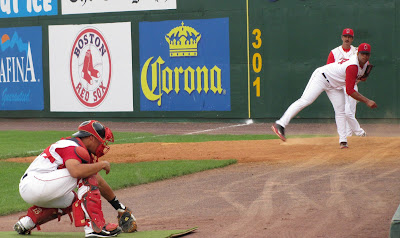 Lowell pitching coach Paul Abbott watches over starter Luis Diaz during warmups Aug. 3, 2011
Abbott also said he also changed his life, including his diet and work habits. It also changed his consistency as a pitcher.

He tried to approach the game like a veteran would, though his major league time didn't show him as a veteran.

Abbott returned to the majors in September 1998. It was his first major league appearance since July 1993.

Regarding his no-hitter bid, Abbott said that still sticks in his mind.

Abbott won his 17 games, while starting the year on the disabled list. He didn't win his first game until May 11.

Helping him to his 17 wins were his teammates, Abbott recalled. That was the year the Mariners amassed 99 other wins.

"I wouldn't say it was easy," Abbott said, "it was fun to go out there and be a part of that team
I don't think anybody wanted to be a let down for any part of our team." 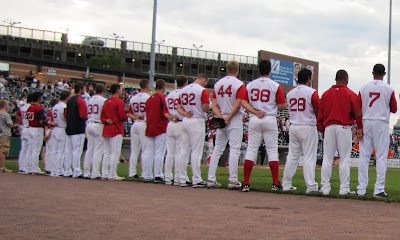 The Lowell Spinners during the National Anthem Aug. 3, 2011

That was also the year of the Sept. 11, 2001, terrorists attacks. Abbott recalled that putting everything in perspective.

The first game back after the attacks, Abbott recalled being able to hear a pin drop in the stadium, then the silence being broken.

"I remember someone chanting 'USA' and the whole place erupted," Abbott said. "It was just an incredible feeling."

Abbott continued pitching for three more seasons, through 2004. Abbott believes he could have pitched even longer, had he approached a return from shoulder surgery differently.

Now Abbott is working with young pitchers at short-season Lowell, using his experiences in the process. 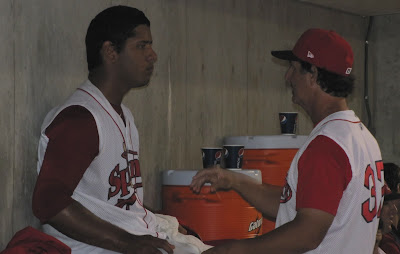 Abbott noted that he had to reinvent himself a couple of times during his career. From that, he said he knows there's not one right way to do it.

"There's a right way, but I think everybody has their right way in them, and it can also be unique," Abbott said. "I don't think I would be able to translate that if I hadn't gone through the rehabs, the struggles and also successes."

In the short-season New York-Penn League, many of the players are fresh out of high school or college, players Abbott noted have never failed in their lives. For some, it might take a while to get to them, he said.

"I can really relate," Abbott said. "I try the best I can to be patient, and get that ingrained in them that this is a hard game, it's a marathon its not sprint and to learn from your setbacks, as well as your successes."