Just a note at the start of today's pack post. This week marks the one-year anniversary of the start of this blog. The first post went up Dec. 28, 2009, with the first CMC card going up one year ago today. A year in and I'm just over 40 percent complete. 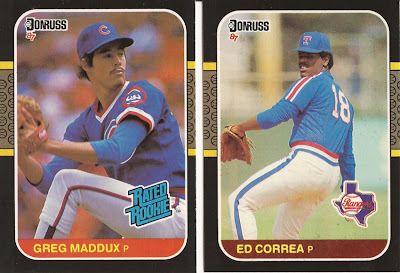 Greg Maddux and Ed Correa were born in the same month, April 1986, Maddux the older of the two by 15 days.

By early 1987, Correa had had the better early run. He had already amassed 13 major league wins, against 14 losses. Maddux had just two, against four losses.

Correa, his major league career ending soon after from arm problems, wouldn't stay ahead of the future Hall of Famer Maddux. Maddux finished ahead in the wins race by about 339.

But, in April 1987, the day before turning 21 April 29, Correa flashed his own brilliance, taking a no-hitter into the eighth inning against the Yankees before fatigue got to him. The no-hit bid was broken up with one out by a single from Willie Randolph.

While Maddux' and Correa's careers went in different directions in 1987, they reunited in my second Christmas pack of 1987 Donruss.

With the Maddux, it's nice to get a key card in the set out of the way early on. He also marks a future Hall of Famer in a pack that included two current Hall of Famers. 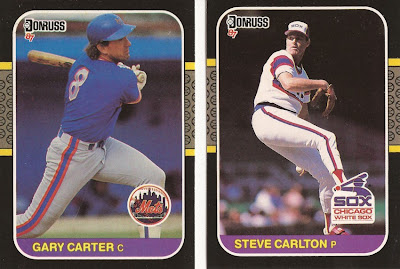 There's Gary Carter and Steve Carlton. Carter was fresh off his World Series win with the Mets. Carlton was nearing the end of his 24-season Hall of Fame career. He played with Cleveland and Minnesota in 1987 before wrapping his career with four appearances with the Twins in 1988. 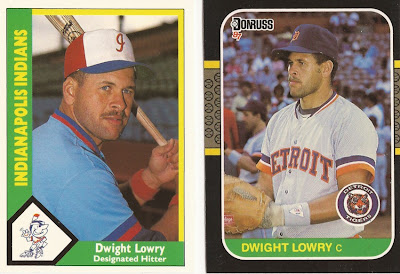 As for CMC set members, there were two. Well, three if you count the two cards of Dwight Lowry included in the pack. The Lowrys appeared back-to-back in the pack and mark the first doubles from the box.

Lowry appeared in the CMC set as a member of the Indianapolis Indians in the Expos system. I have yet to cover Lowry, or the other CMC set member in the pack, but Lowry had already played his final game in the majors by 1990. He had played in parts of four seasons, his last game coming in 1988. 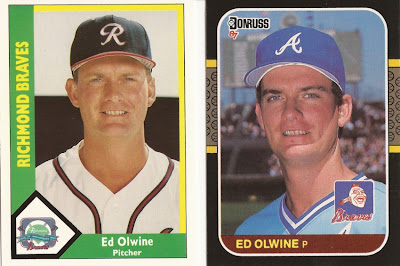 The other CMC set member in the pack was Ed Olwine. Olwine had also played his final game in the majors by 1990. His last game in a three-season career came in 1988 and his last season as a player came in 1990. 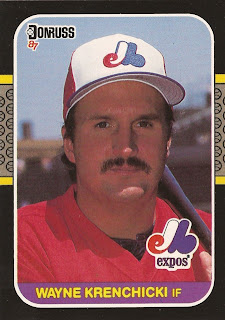 I'm including Wayne Krenchicki here not so much because of his playing career, but because he has gone on to a long career in coaching. He's also a player that I got an autograph of back in the day, when he managed the Midwest League Beloit Brewers team in 1994. 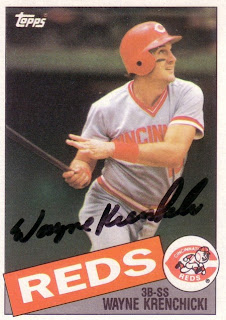 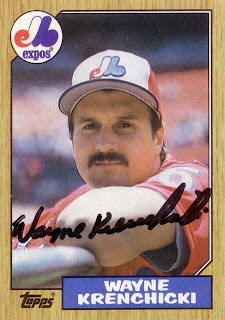 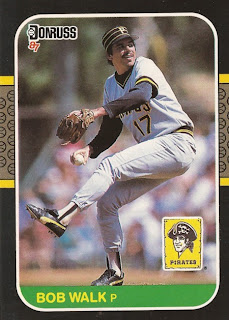 Just to wrap this post up, this is Bob Walk. Walk is not among the players I have autographs from. But if I did, I would know that he is someone who was self assured, at least according to The Pittsburgh Press' handwriting analysis of several Pirates' signatures from 1986. 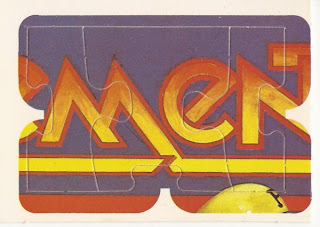