1987 Donruss: Fathers and No Hitters 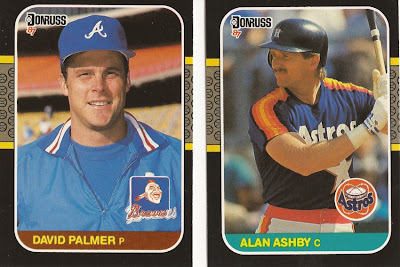 David Palmer got off to a good start on April 22, 1984 for the Expos. In fact, it was a perfect start. Through five innings of work, Palmer hadn't let a runner reach base.

Then the rains came.

"I was trying to keep myself mentally ready," Palmer told reporters later. "I was telling myself 'Don't start celebrating.'"

Speaking of no-hitters, according to Baseball Reference's Bullpen, that other guy up there, Alan Ashby, caught three no-hitters during his career, from Ken Forsch, Nolan Ryan and Mike Scott. Another player to catch a Nolan Ryan no-hitter? CMC set member John Russell. 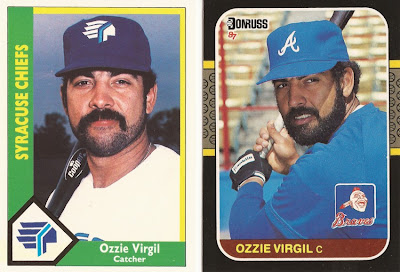 There were no Hall of Famers in the pack. But there was one CMC set member: Ozzie Virgil. Virgil was an All Star in 1985, according to his card back. He also played in the 1983 World Series for the Phillies, going 1 for 2. His father, also Ozzie Virgil, played in the major leagues. And he led the Eastern League in RBIs in 1980. 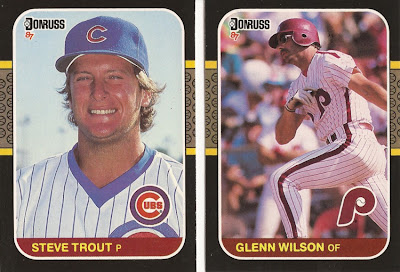 Speaking of players whose father was also a player, here's Steve Trout. His father Paul "Dizzy" Trout. Steve Trout told The Chicago Tribune in 1988 about the only time his father got to see him pitch, in eighth grade. His father died in 1972

The elder Trout hid behind a tree, not wanting to make his son nervous.

"He didn't want me to know he was there," Steve Trout told The Tribune. "But I could see him. He had a big stomach and it was sticking out. He was bigger than the tree."

"I undertand now what a wonderful gesture it was," Trout continued later. "He wanted to watch one of his sons, but he's saying to himself, 'I don't want him to feel he has to do it for me.'" 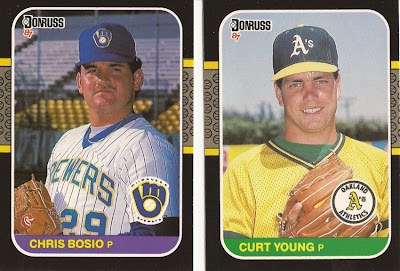 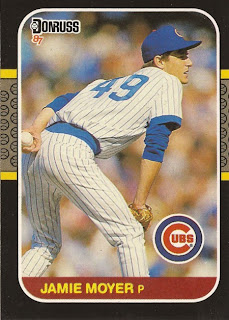 The other pitcher is not thinking about being a coach. He's still thinking about pitching. It's the ageless Jamie Moyer. He just told The Seattle Times that, despite his Tommy John surgery, he's looking to return in 2012 - when he's almost 50. 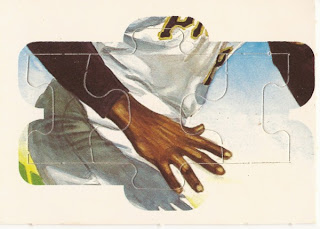