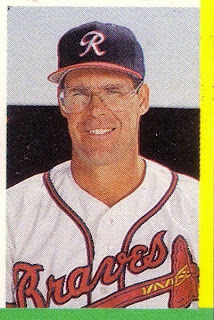 In the top of the 11th, Johnny Grubb came to bat. The Tigers were looking to go up two games to none in the best of five American League Championship against the Royals.

A two-run double later and Grubb showed why the Tigers had him.

"John is one of those guys who does the job when you ask him to," Tigers Manager Sparky Anderson told the Associated Press after the game. "What he does speaks for itself. What more can I say?"

That post-season game in 1984 was the first for the 36-year-old Grubb. He was originally taken by the Padres in 1971, the team his Tigers would play in the 1984 World Series.

"He's done everything we could have asked of him," Zimmer said in the Sarasota Herald-Tribune in November 1973. "I think we've got the rookie of the year." 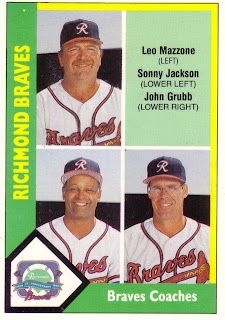 Along with stops in Cleveland and Texas, Grubb spent 16 seasons in the majors, his final year in 1987. It was a career that could have been better, but for nine stops on the disabled list, Baseball Digest noted in 2006.

"I tried to play hard," Grubb told Baseball Digest. "Sometimes you get hurt doing that."

Grubb coached in his hometown of Richmond with the AAA Braves in 1989 and 1990. In between, he played in the off-season Senior Professional Baseball Association. Later, he worked as an assistant on the traveling all-woman Colorado Silver Bullets.

Most recently, Grubb has served as baseball coach at his alma-mater Meadowbrook High School in Richmond. One of his graduates is Orioles pitcher Cla Meredith.

"He wanted to catch, believe it not," Grubb told ExploreHoward.com in April of Meredith. "But I was fearful he might get hurt."

It was an old high school friend that suggested he come back and coach, Grubb told Baseball Digest.