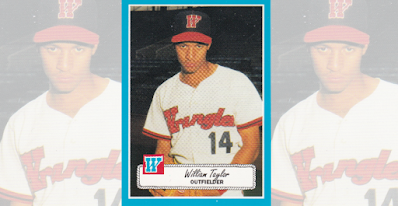 The Padres hoped to expand Will Taylor's skill set in 1988, but he got off to a slow start, his hometown Alexandria Town Talk wrote.

The Padres did so by moving to make the speedy outfielder a switch-hitter, The Town Talk wrote.

"I didn't understand it (the switch, but now I do," Taylor told The Town Talk in April 1989. "Last year I had a lot of ups and downs, but now I'm making contact every time up."

Taylor went on from that experiment to play in five more pro seasons. He made AAA, but he fell short of the majors.

Taylor's career began in 1986, taken by the Padres in the second round of the draft out of Alexandria High in Louisiana. He was also credited as William Taylor.

Taylor started 1992 at Las Vegas, then moved to the Mariners system. He briefly saw AAA Calgary with them, but then got shipped to high-A Peninsula.

That spring, he thought he might have a shot at making the majors, The Newport News Daily Press wrote. Instead, he eventually found himself at high-A.

''I'll tell you, I'm just praying for better luck next year,'' Taylor told The Daily Press. ''If I had this year to do over, there's a lot of things I'd do differently. Right now, I can play, but I'm just trying to do whatever I can to take care of my body.''

Taylor hit .223 in 64 games at Peninsula. He didn't return for 1993. He made a brief trip to Japan, but didn't return to field until nine years later, in 2001, in the independent All-American League. He played at Baton Rouge and Alexandria.

"The way I left, everybody wondered why I didn't go back," Taylor told The Town Talk in July 2001. "I wanted to stay at home and be with my family, but I missed baseball. I wanted to see if I still have it. I think I've played good." 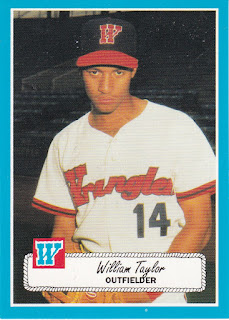