Todd Hansen knew he had to pitch well in 1987 start; Saw pros over seven seasons, made AA 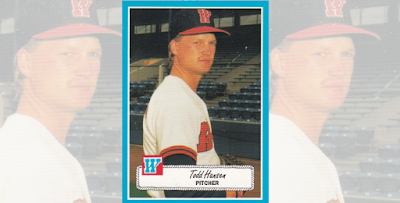 Todd Hansen had been a hard-luck pitcher for the Bend Phillies, The Salem Statesman Journal wrote in August 1987.

But this night, against a pitcher that seemed too good for the league, Hansen came out with the 5-0 win, The Statesman Journal wrote.

"I knew I had to pitch well, because he (the opposing pitcher) doesn't belong in this league the way he was pitching," Hansen told The Statesman Journal afterward. "I tried to keep the guys before the three and four hitters off base, so if they hit one out, it's only one run."

Hansen pitched that year in his fourth season as a pro. He went on to pitch in three more. He topped out at AA.

Hansen's career began in 1984, taken by the Pirates in the 17th round of the draft out of Idaho Falls High School.

In high school, Hansen and a teammate drew praise from an opposing coach after Hansen and the other pitcher helped Idaho Falls to a pair of wins, according to The Twin Falls Times-News.

"(Pitchers Greg) Talamantez and (Todd) Hansen were everything we'd heard they are," Twin Falls  coach Bill Ingram told The Times-News. 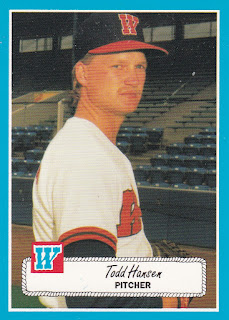