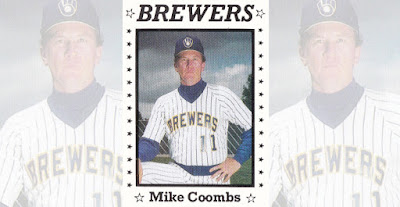 Mike Coombs stepped away as manager of the collegiate Newport Gulls in 2016 after more than a decade with the team.

As he left, team general manager Chuck Paiva noted Coombs' longevity with the club, his success and his importance, according to NewportRI.com.

"We were fortunate to have a guy who understood summer ball like he did," Paiva told the site. "He was so good at giving players respect, and getting their respect back. He never tried to over-coach them, but he guided them.”

Coombs honed his approach over more than four decades in baseball, in high school, college and the pros, including his own brief stint in the pros as a player.

Coombs' baseball career began in 1974, signed by the Tigers out of Florida Southern College.

As he set out on his career that June in 1974, Coombs cited a coach of his own with setting him up for the pro opportunity, former major league player and  manager Zack Taylor and Taylor's catching school, according to The Orlando Sentinel.

"Mr. Taylor taught me just about all I know about catching," Coombs told The Sentinel then. "The man has really helped my career. Without him, I wouldn't have this contract from the Tigers."

Coombs played over two seasons, at rookie Bristol and at single-A Lakeland. He hit .253 over 32 games his second year to end his playing days.

He soon went to work as a coach. He soon took over at Osceola High. He returned to Florida Southern by 1979 and stayed there through 1986. In that span, he led his team to two Division II titles, in 1981 and 1985. He's also coached at Polk Community College and the University of South Florida.

In 1990, Coombs made a brief appearance as a pitching coach in the pros, at rookie Helena with the Brewers. That July, he praised a young Pat Miller for his work on the mound.

"He has good command of his pitches, good knowledge, and he gets ahead of the hitter," Coombs told The Helena Independent-Record then. "He can pick the spots."

By 2005, he'd made his way to Newport and the Gulls. He started as an assistant coach, but four games in, he took over as manager, a title he wouldn't relinquish for 11 seasons. Overall, his squads went 308-153 and won four league titles. 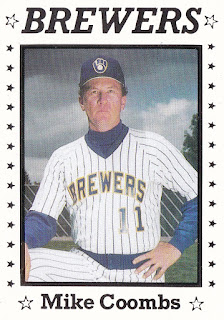