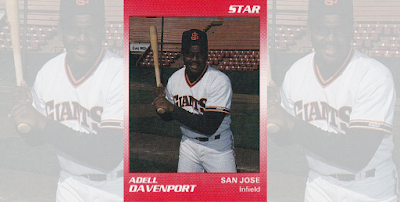 Originally published Jan. 8, 2011
Adell Davenport's team had been in a slump. But Davenport himself had been in a longer one, The Anchorage Daily News wrote.

Up until this summer collegiate league game in July 1987, Davenport had only four hits in 39 at bats, according to The Daily News. This game, he hit two doubles, knocked in three and helped his Anchorage Glacier Pilots to a win.

"I've been going up every game thinking 'What am I going to do this time? Am I going to hit?' I was trying too hard, putting too much pressure on myself." Davenport told The Daily News. "This is the first time I said 'I'm going to get a hit.'"

Davenport was playing in the Alaska Baseball League in summer 1987, in between stints with his college club at Southern University. That past spring, Davenport had hit .407 with 19 home runs for the Jaguars by the regionals, according to The Los Angeles Times.

By late May of 1988, Davenport was hitting .400 again for Southern and had another 15 home runs. That June, Davenport was selected out of the 18th round of the draft by the Giants.

He played his first season at short-season Everett. His average came down to .236 with five home runs. He also struck out 65 times, three of those coming in a June game. In that game, he struck out twice with runners in scoring position, The Spokane Chronicle wrote.

He hit one of his home runs in a July game to help Everett to a win, according to The Eugene Register-Guard.

He signed with the Twins for 1994, playing the year at AA Nashville. With the Xpress, Davenport hit just .236, but had 20 home runs. One of those home runs came in a late August win.

The next spring, Davenport signed on with the Indians, as a replacement player. He doubled in a mid-March game and a sacrifice fly in another.

The strike over, Davenport returned to the minors, playing nine games at AA Canton. He played the rest of the season, his last, at independent Sioux Falls. His career ended after eight seasons, without making the majors. 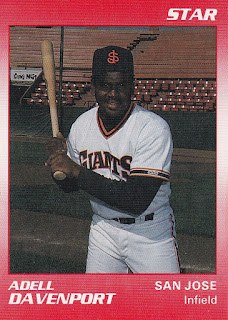