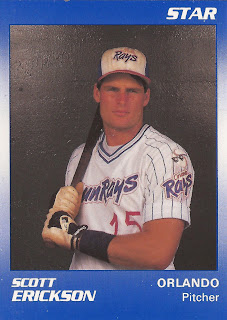 Erickson has since turned to coaching, serving as pitching coach in 2013 for the rookie Arizona League Indians.