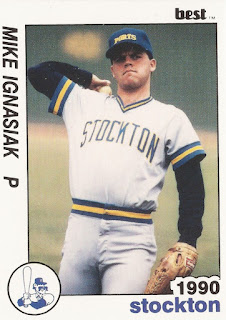 "Golf is just like pitching," Ignasiak told The News in June 2008, "you've got to focus on everything you're doing ... mentally, the strategy involved ... everything."