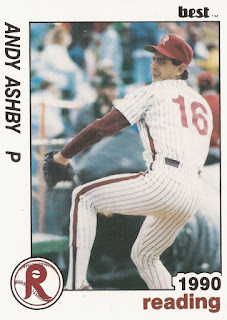 Ashby returned to the Padres for two more innings, both scoreless, in 2004, ending his career.