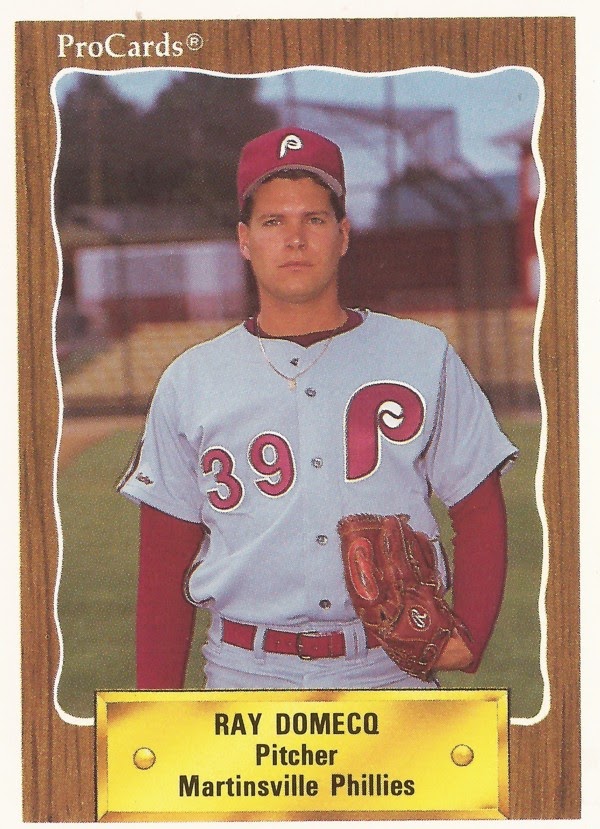 Ray Domecq eventually made his mark on the majors. He just did it more than a decade after he left the game. He did it in the heat of a pennant race. He also did it as the owner of an apparel company, according to The Boston Globe.

As the Red Sox raced for the 2003 playoffs and to within one win of the World Series, the team's slogan was "Cowboy Up."

Domecq was a partner in Wyoming West Designs, a company that owned the trademark on the phrase. Domecq and Wyoming West worked out a licensing deal with the majors and he got to attend a playoff game, The Globe wrote.

"Let's just say I think it's a good thing for both parties involved," Domecq told The Globe that October of the deal.

Domecq's went on to that career in the apparel industry after first working in the baseball industry as a player. His playing career ended up being brief, just two seasons.

Domecq's baseball career began in 1990, signed by the Phillies as an undrafted free agent out of Lewis-Clark College in Idaho.

At Lewis-Clark Domecq gave up just one hit in 4.1 innings of relief to help his team to a NAIA World Series game win in 1989.

With the Phillies, Domecq started with rookie Martinsville. He went 5-2 in 26 relief outings, with a 2.18 ERA. He saved eight.

By 1993, Domecq had started his new career. He was one of two entrepreneurs to found Wyoming West Designs, a western apparel company. The company is centered around the trademarked phrases "Cowboy Up" and "Cowgirl Up."

It was with Wyoming West that Domecq and his partner Harry Talermo found themselves in the middle of the American League pennant race in 2003. Red Sox first baseman Kevin Millar started using the phrase and it stuck, The Associated Press wrote.

Domecq worked fast to draw up the licensing agreements with Major League Baseball.