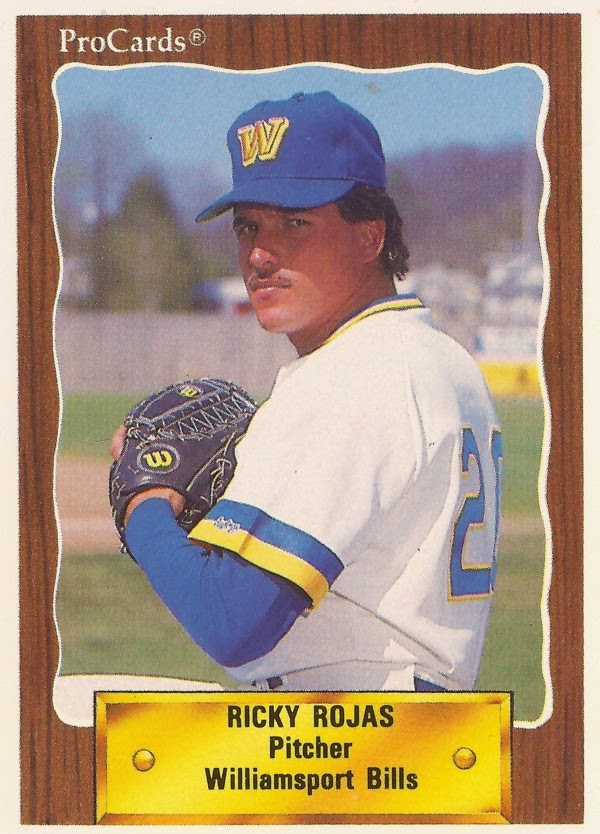 Ricky Rojas got himself into a small jam for Hialeah-Miami Lakes High School in March 1985. He responded by bearing down and striking out the next three batters, The Miami News wrote.

"That's what makes Ricky such a great pitcher," Hialeah head coach Gary Krey told The News afterward. "He never loses his composure. When the other team puts together some sort of rally on him, he bears down even harder, making it real tough on the hitters."

Rojas took that approach to the pros later that year and he went on to play eight seasons there. Rojas, though, never got to work out of a jam in the majors. He never made the bigs.

Rojas' career began that year, taken by the Royals in the fifth round of the draft out of Hialeah-Miami Lakes.

At Hialeah in February 1985, Rojas set down 18 opposing batters on strikes in a game. Three years earlier, Rojas threw three no-hitters in a season. He also struck out 20 of 21 batters in one game, a state record for a seven-inning game, according to The News.

"I just try to throw strikes," Rojas, then pitching for Loyola High School, told The News. "I didn't know I was close to any record until the fourth inning when the players started talking about it. I began to concentrate on it in the sixth."

With the Royals, Rojas started in the rookie Gulf Coast League. He went 5-4 in 13 starts, with a 2.75 ERA. He moved to single-A Fort Myers in 196, staying there two seasons.

He moved to the Mariners and AA Vermont. He went 10-7 in 27 starts, with a 4.14 ERA. He threw a seven-inning complete-game shutout in July, giving up just four hits.

Rojas stayed in AA the next two seasons, playing at Williamsport. He went 6-7 in an abbreviated 1989 season, then 8-6 in 1990 as a reliever. He had another seven-inning shutout in August 1989.