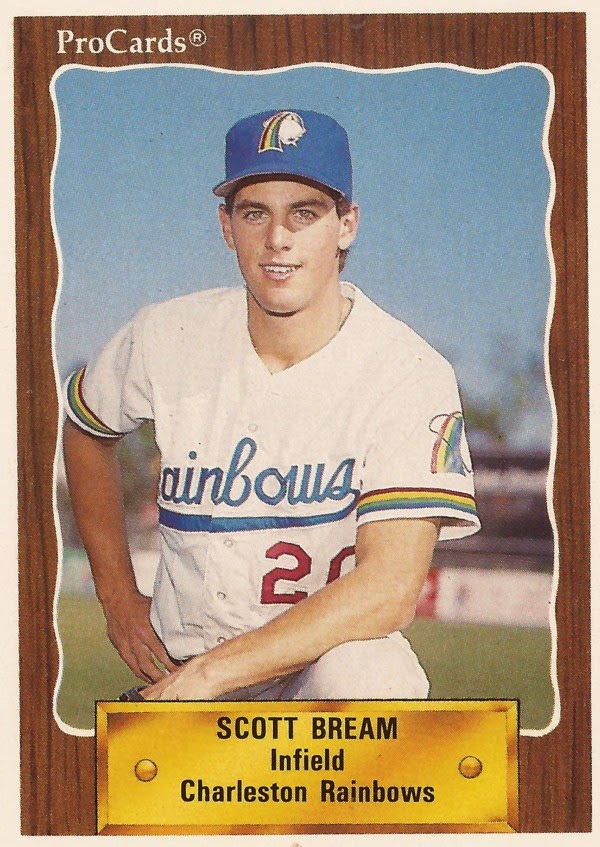 Scott Bream played most of his first year through back pain and lost much of his second to surgery correcting that back pain, The Spokane Spokesman-Review wrote.

So, when he got a hit in his first at bat for his short-season team in 1991, he was happy.

"It's always nice to lead off the season with a hit," Bream told The Spokesman-Review. "I was definitely looking for a good start."

Bream got himself back on track that year and, in a few years, he eventually made AAA. But, in a career that spanned a decade, he never made the majors.

He has since made a career of finding others who have a shot at the majors, working as a scout. For 2014, he serves as director of pro scouting for the Tigers.

Bream's career began in 1989, taken by the Padres in the third round of the draft out of Millard South High School in Nebraska.

Bream became a pro after overcoming earlier back problems that left him in a body case his freshman year of high school. Those problems resurfaced in his first season as a pro, according to The Spokane-Review.

In that first year as a pro, Bream played in just 28 games and hit .175. In his second season, he got just four games at Charleston before his back surgery ended his season.

He played 1997 between high-A, AA and AAA for Detroit. He rounded out his career at AA Jacksonville, his 10th and final season as a pro.

Soon, Bream was a scout. He served in 2001 as advance scout for the Tigers, then moved to assistant general manager for 2002.

He stayed with the Tigers until 2010, when he moved to the Padres as a major league scout. In late 2012, he returned to the Tigers as director of pro scouting.