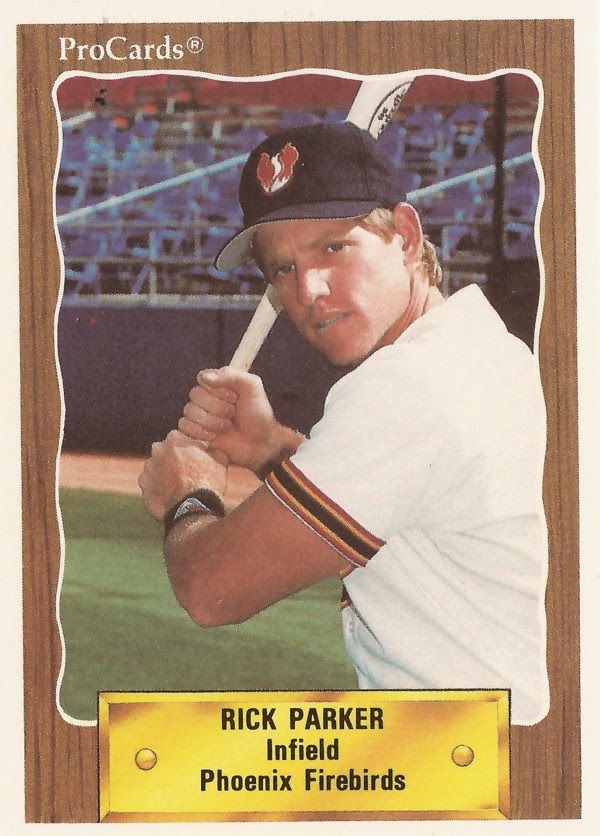 Rick Parker was back in the majors in July 1996, but he knew his stay might not be long, he told The Chicago Tribune.

It was his sixth season with time in the majors, but he'd never seen time in more than 54 games in any one campaign.

"This game, you just try to collect as much time as you can before it's all over," Parker told The Tribune. "A month here, a week there, and when it's over, that's how much time you have."

How much time Parker ended up with that season was time in 16 games with the Dodgers. How much time he had all together was 163 games. That marked the extent of his major league career.

Parker's career began in 1985, taken by the Phillies in the 16th round of the draft out of the University of Texas.

Parker started at short-season Bend. He moved to single-A Spartanburg and Clearwarter for 1986. He made AA Reading in 1988, then AAA Phoenix after a trade in 1989.

On May 4, 1990, Parker made his debut. By early July, he was knocking in six runs in one game, a 23-8 stomping of Atlanta. In 16 big league games prior to that, Parker had a total of three RBI, The Associated Press wrote.

"I've never had a night like that before at any level," Parker told The AP after the big win. "I was always thinking 'when am I up next?' We were going around that lineup pretty quick."

In June 1995, Parker was playing with the Dodgers, understanding that another Dodger was the favorite for the left field job. Parker was just filling in.

"But," Parker told The Los Angeles Times, "I also was taught in rookie ball that if that door of opportunity opens an inch, be ready to kick it off the hinges. That's what I'd like to do. This is a game of opportunities, and I'm ready for mine."

Parker took that opportunity to 27 games. He then returned for 1996 to play 16 final big league games. He played two more seasons at AAA, ending his career.

In 1997, Parker was back in the minors playing at Albuquerque. He explained to The Abilene Reporter-News why he still played.