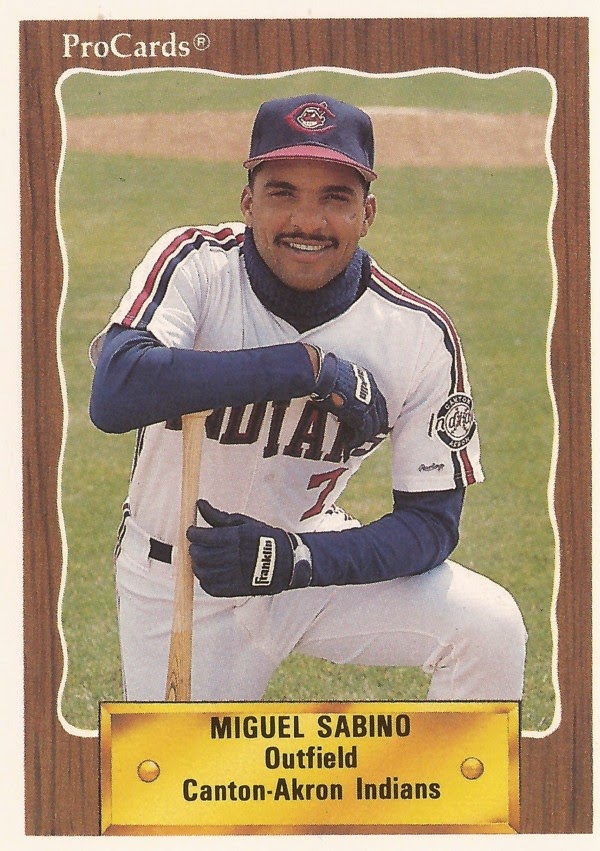 Miguel Sabino had spent four seasons in the Braves' system by spring 1990, first making it to AA two seasons earlier. He was also coming off a season that had been mostly lost due to injury, a stress fracture of his shins making sure of that, according to a wire report.

After that, the Braves seemed fine to let him go, trading him off to the Indians in a three-player deal. It was also a mostly unremarkable trade. The two others in the deal, Tommy Hinzo to the Braves and Jeff Weatherby to the Indians with Sabino.

Of the three, only Hinzo and Weatherby had already seen time in the majors, albeit brief. Of the three, none would see the majors going forward, including Sabino.

Sabino started with the Braves in 1986, playing 60 games in the rookie Gulf Coast League. Sabino hit .288 on the season with no home runs. He got two hits in a July game, according to The Sarasota Herald-Tribune.

He made single-A Sumter in 1987, hitting .251 in 112 games. He also hit two home runs, his first a leadoff shot against Charleston in June.

Sabino also had some speed. In another June game, stole second base in the ninth and scored the game-tying run. He had an infield single in one August, stealing second again, then had three hits in another late August game, getting another stolen base, according to The Sumter Item.

Sabino played much of 1988 at single-A Durham, getting some playing time at AA Greenville. Between the two, he hit just .232 with four home runs.

Then came 1989 and the stress fractures. Sabino played in just 15 games on the year, hitting .220 and stealing five bases.

It was on to the Indians organization for 1990. He spent the season at AA Canton-Akron, getting into 65 games. He hit .270 with 10 stolen bases. He walked and scored on a single in a May game.