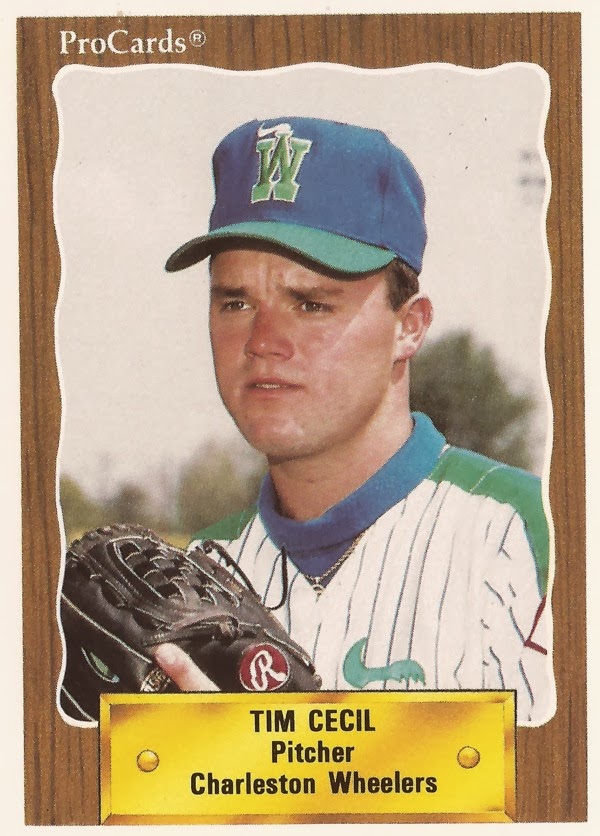 Tim Cecil had a goal on the season to reach 15 wins for the single-A Chareston Wheelers, according to his hometown Bend Bulletin.

He barely got to half that number, though, mid-season arm troubles limiting his outings for a time. When he did play - the pain never completely went away - Cecil helped his team to the South Atlantic League title, The Bulletin wrote.

"I guess everything turned out okay," Cecil told The Bulletin. "I'm happy with the season. We won a championship. That's something I dreamed about."

Whether he came back fully from his arm troubles is unclear. As it finally turned out, though, Cecil only played in one more season.

Cecil's professional career began in 1989, signed by the Reds as an undrafted free agent.

The next year, Cecil's third as a pro, he stayed at Charleston. He went 8-4 in 23 starts. He also had an ERA of 3.18 and threw two complete games in the process.